Martin Helmut Zumpf is a specialist lawyer for copyright and media law and a founding partner of Ronneburger: Zumpf Rechtsanwälte.

He studied law and economics at the Philipps University of Marburg and the London School of Economics (LSE). After traineeship – including at the Embassy of the Federal Republic of Germany in Tokyo – and work for the law firms specializing in media law Dr. Heinz Düx and Kornmeier & Kollegen in Frankfurt / Main, he founded his own law firm for music and media law based in Berlin in 2005.

Since then he has been advising and representing international clients and medium-sized companies in the creative and innovative field, in particular in the film, music and IT sectors. At the turn of the year 2012/2013 he joined forces as a founding partner to form Ronneburger: Zumpf Rechtsanwälte.

As a specialist lawyer for copyright and media law, attorney Zumpf can fall back on particularly well-founded process and consulting experience in press law, media law and copyright law, but also in competition law and trademark law.

In addition to his legal work, attorney Zumpf also teaches as a lecturer for copyright and media law at the University of the Arts in Berlin (UdK), Messe Frankfurt and on behalf of the Federal Ministry for Economic Affairs and Energy (BMWi).

He can look back on many years of activity as a musician, composer and producer in the fields of rock, pop and jazz. 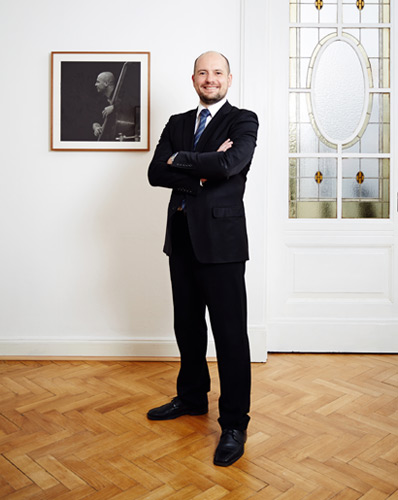